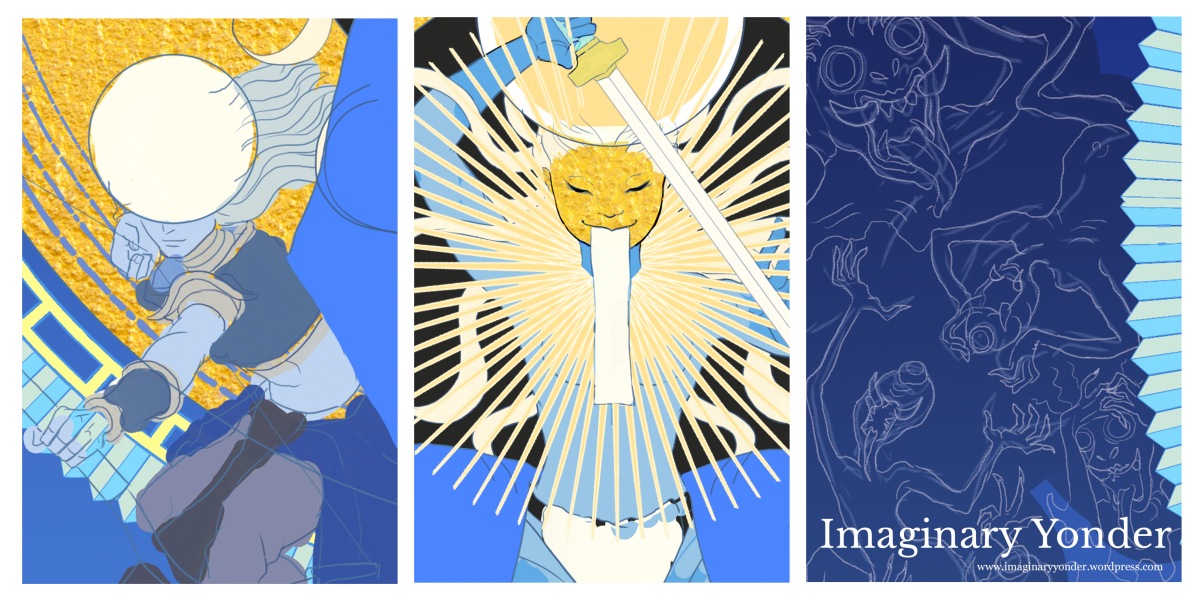 An incredibly belated happy new year. Belated because I totally had to hit the ground running to prepare for a busy January (I’ll be on the road for ten days starting later today fuuuuh). And the weather has been a bit crazy here in Australia, with some record breaking hot days and all…

A few things happened at the end of last year, and early this year that are going to shape the way I do things, and I thought I’ll kick off this year’s first post with that:

The featured image for this post is a work in progress of an image, much like my tapestry picture, an image created by someone in the Shenraq. I’ll be working through parts of this image as a way of exploring my world: what kind of beliefs are held by whom in the Shenraq, and what kind of symbols do they use to explore these beliefs?

It’s going to be a big year, mostly with the trying to finish my PhD thing, but I’m looking forward to tinkering on the Shenraq as I go.

Happy Year of the Dog!